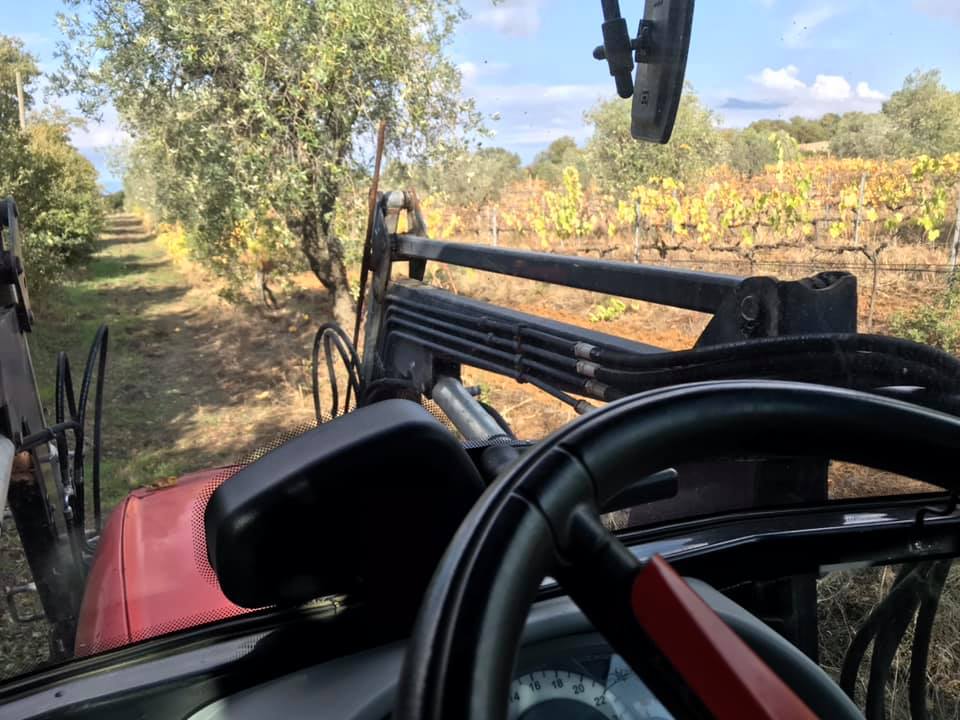 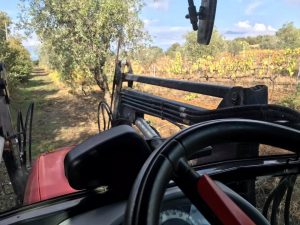 With the change in the hour, it seems the season has suddenly switched to cooler days, and much cooler evenings and the changing season means we are starting to receive regular rain, which although is good for all the plants, grasses and trees means that it can be difficult, and sometimes impossible to work on the ground doing vineyard work as the damage to the soil would be greater due to the boggy conditions.

Ultimately working on the soil when it is waterlogged leaves scars that take forever to cover with grasses or the ground cover we sow, normally fava beans which as a cover crop in the vineyard rows give nitrogen back, which the vines need.

Just prior to the heavy rains starting I managed to work in the vines, trying to uncompact the soil that over a long year was compacted under the weight of vehicles and tractors, now the soil is ripped to a depth of 30cm allowing the fertiliser we are about to apply, and the water to permeate lower, and not just run off in heavy rainstorms. 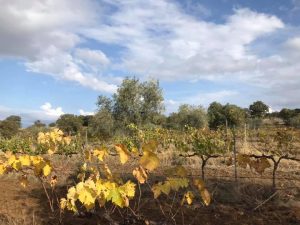 So whats next, well we have many olive trees that need a really heavy pruning, these I will start on now, and then move forward towards a first prune and clean up on the vines, hopefully completely this before Christmas.

It however can be detrimental to prune active and producing trees to early, as the tree will sense that it needs to produce more leaves, and therefore not try to produce as many flowers, ultimately that will transform into olives. We therefore try to prune the productive trees later, normally around march, after the trees have added extra foliage for the year.

Running the Farm estate of Mandorlaie is my full time job, ensuring that the grapevines, olive trees and vegetable garden is all healthy and producing excellent organic products for our clients. We produce Organic extra virgin Olive Oil and Organic wines which you can buy online.

We use cookies on our website to give you the most relevant experience by remembering your preferences and repeat visits. By clicking “Accept All”, you consent to the use of ALL the cookies. However, you may visit "Cookie Settings" to provide a controlled consent.
Cookie SettingsAccept All
Manage consent

This website uses cookies to improve your experience while you navigate through the website. Out of these, the cookies that are categorized as necessary are stored on your browser as they are essential for the working of basic functionalities of the website. We also use third-party cookies that help us analyze and understand how you use this website. These cookies will be stored in your browser only with your consent. You also have the option to opt-out of these cookies. But opting out of some of these cookies may affect your browsing experience.
Necessary Always Enabled
Necessary cookies are absolutely essential for the website to function properly. These cookies ensure basic functionalities and security features of the website, anonymously.
Functional
Functional cookies help to perform certain functionalities like sharing the content of the website on social media platforms, collect feedbacks, and other third-party features.
Performance
Performance cookies are used to understand and analyze the key performance indexes of the website which helps in delivering a better user experience for the visitors.
Analytics
Analytical cookies are used to understand how visitors interact with the website. These cookies help provide information on metrics the number of visitors, bounce rate, traffic source, etc.
Advertisement
Advertisement cookies are used to provide visitors with relevant ads and marketing campaigns. These cookies track visitors across websites and collect information to provide customized ads.
Others
Other uncategorized cookies are those that are being analyzed and have not been classified into a category as yet.
SAVE & ACCEPT