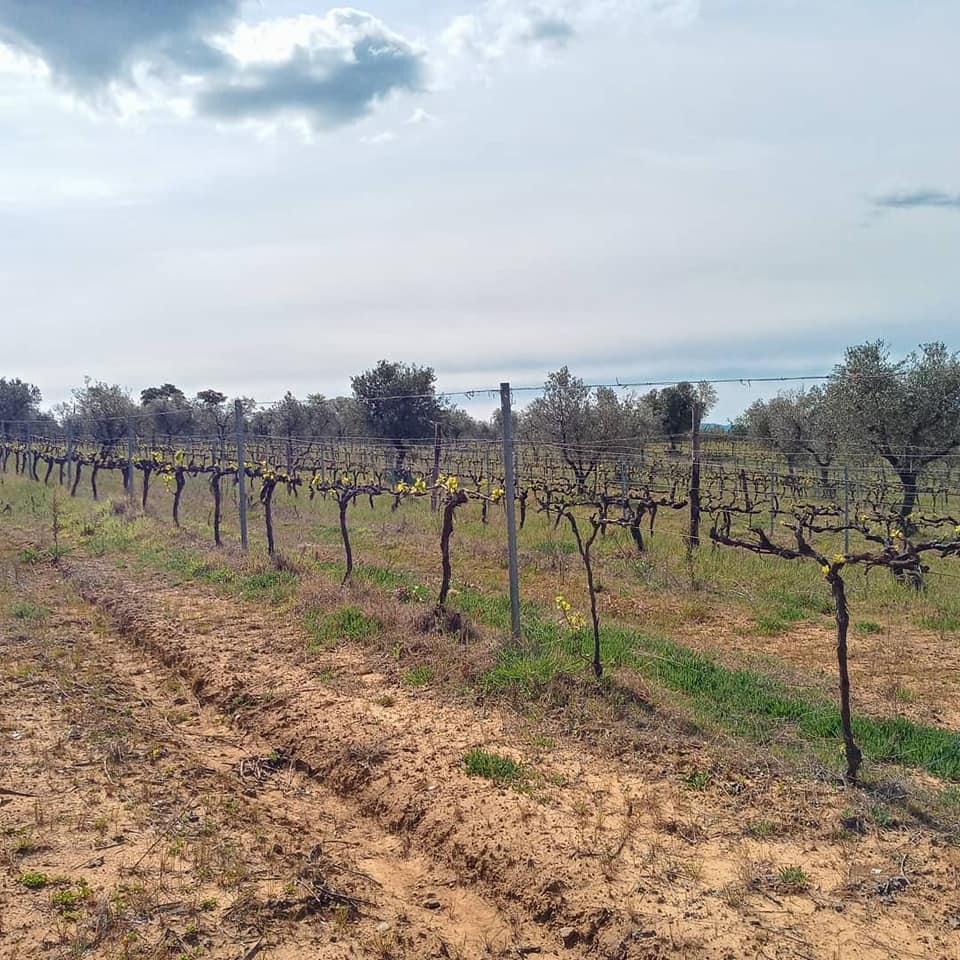 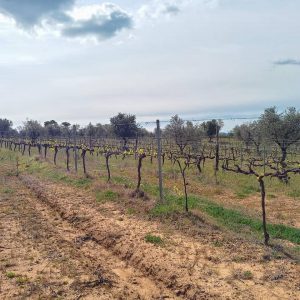 Its the time of year when we start looking at pruning our vines at Tenuta Le Mandorlaie in Maremma, Tuscany. The vines have been sleeping well since the cold nights we have had this year have been numerous, and it take a certain number of cold night in order for grape vines to be dormant long enough to get ready for their next growth season, so how do we carry out Vineyard frost protection.

As we are in mid January the  nights are still cold, with several -2 and -3 nights already passed, and some more minus degree nights on the way, this can be expected to continue in January, but in February and March they should not be so frequent.

This time of year, the buds are dormant, you may just start to see the first signs of vine buds forming on the base of the canes and up the canes. Any cold temperatures at this time do not affect the vines, as the buds are not open, and no leaf matter is protruding. As soon as the vine leaves start to emerge from the bud however, any frost damage could severly damage the bud, its emerged leaves and its chance to produce grapes.

Vineyard frost protection, what we do

Frost damage at the wrong time can cause you to lose, some, or all of your crop for the season, it can be catastrophic for a small producer. In order to mitigate against the effects of frost, we carry out the below;

– LONG PRUNING. The vine is pruned as you normally would, but the canes you want to leave for this years season are left with 8 to 10 buds on them. Why do this: When grape buds start to open, they do so from the top of the cane.

This means that you have several weeks where you can have buds open at the top of the cane, but not open yet at the bottom, so they remain protected. Once you have passed to period where their may be frost damage, you can then prune off the cane leaving only the buds you want.

– SOLAR HEAT STORAGE. Ground cover, ground cover during winter months, whether it is grown to lock in nitrogen, or to stop erosion means that in spring, there is much grass or growth, this stops any sun getting to the earth.

When there is the chance of frost it is always helpful to use the soil as heat storage, this stored heat taken from the sun during the day can be enough to keep frost off of plants so we cut the grass in February, to help mitigate against late February and March frosts.

Other options to mitigate against frost damage in the vineyard

– Heating via fires. This method uses many small fires set in the vineyard rows to create an area of hot air, that, through the time the frost is expected is just enough to keep the frost away.

This method is effective, however it is costly and can be very difficult to manage when looking to protect large vineyards. The method normally uses combustible fuels, which currently make it very expensive to utilize.

– Protection through freezing. When the air temperature reaches a certain point, then moisture in the air starts to freeze, this action can be used to protect the grape buds if they have not yet sprouted.

The spraying of vast quantities of water as a mist over the grape vines creates layers of ice on the buds, even though it is small, through heat fusion the action of creating ice creates a small amount heat and this protects the buds against frost damage as the water in the grapevine bud is protected from freezing. This method requires an in-depth understanding of the effect of wind and water mist in relation to temperatures created.

Running the Farm estate of Mandorlaie is my full time job, ensuring that the grapevines, olive trees and vegetable garden is all healthy and producing excellent organic products for our clients. We produce Organic extra virgin Olive Oil and Organic wines which you can buy online.

We use cookies on our website to give you the most relevant experience by remembering your preferences and repeat visits. By clicking “Accept All”, you consent to the use of ALL the cookies. However, you may visit "Cookie Settings" to provide a controlled consent.
Cookie SettingsAccept All
Manage consent

This website uses cookies to improve your experience while you navigate through the website. Out of these, the cookies that are categorized as necessary are stored on your browser as they are essential for the working of basic functionalities of the website. We also use third-party cookies that help us analyze and understand how you use this website. These cookies will be stored in your browser only with your consent. You also have the option to opt-out of these cookies. But opting out of some of these cookies may affect your browsing experience.
Necessary Always Enabled
Necessary cookies are absolutely essential for the website to function properly. These cookies ensure basic functionalities and security features of the website, anonymously.
Functional
Functional cookies help to perform certain functionalities like sharing the content of the website on social media platforms, collect feedbacks, and other third-party features.
Performance
Performance cookies are used to understand and analyze the key performance indexes of the website which helps in delivering a better user experience for the visitors.
Analytics
Analytical cookies are used to understand how visitors interact with the website. These cookies help provide information on metrics the number of visitors, bounce rate, traffic source, etc.
Advertisement
Advertisement cookies are used to provide visitors with relevant ads and marketing campaigns. These cookies track visitors across websites and collect information to provide customized ads.
Others
Other uncategorized cookies are those that are being analyzed and have not been classified into a category as yet.
SAVE & ACCEPT